What I really think about Christmas lists.

Over the past years, it has slowly become more and more difficult for me to form a Christmas list for any relative who asks. For one, it feels embarrassingly juvenile, and on top of that: I can’t think of anything I want, I end up putting dull, practical things on my list such as: socks, a French press, a bread pan, etc., or I make a list of things I don’t want to spend my own money on/are too lazy to buy. I usually spend the entire time drafting up a list that consists of a few movies and books, and a sarcastic abundance of unmentionables/high priced items I could never seriously ask a relative for, but, if I could have, I would have asked for: 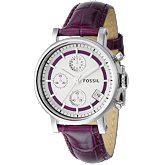 2 responses to “What I really think about Christmas lists.”